Samsung Electronics is reported to be considering making a shocking U-turn and turning to its arch rival LG Display to purchase one million of its WGRB OLED panels this year, with another four million slated for arrival in 2022. 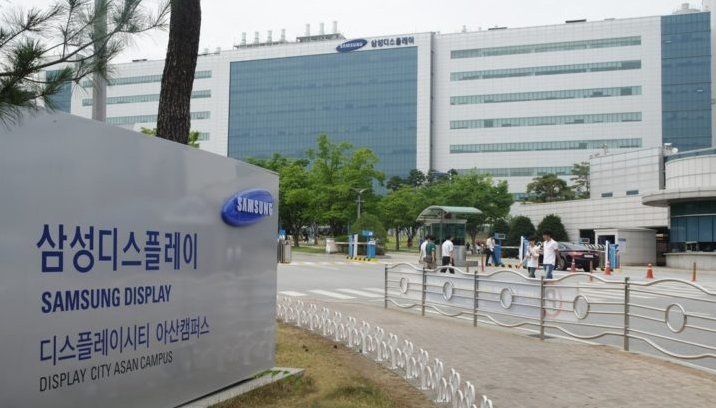 The reports say Samsung is currently holding discussions with LG Display about the purchase and has yet to confirm anything, but if the story does turn out to be true it would be a “momentous day” for OLED display technology, according to HDTVTest reviewer Vincent Teoh.

Samsung has for years been the primary hold-out against OLED technology, preferring instead to go with its QLED display tech that merges quantum dots with regular LCD displays in a combination that the company has always insisted is good enough to rival that of the best OLED TVs. So why is Samsung reportedly changing tack now?

The report from the Korean website MTN, which has been cited by numerous other Korean and western media sources, says Samsung's hand is being forced by the rising costs of LCD panels that is rapidly making the sector unprofitable. A recent report from Omdia for example said the average price of a 55-inch LCD panel has risen from $110 last year to $191 today, chiefly as a result of coronavirus pandemic-related supply problems.

MTN said this “surge in LCD prices is the background of Samsung Electronics reaching out to LG Display.”

Samsung Display did try and fail to achieve mass production of OLED TV panels early in the 2010s before eventually conceding defeat and refocusing its efforts on LCD. In more recent times though, the display making unit, which is a separate business division from Samsung Electronics, has switched its focus to newer technologies such as MicroLED and QD-OLED, the latter of which is said to combine OLED with quantum dots.

But Samsung Display is said to be struggling with these technologies too. MicroLED, although promising, is prohibitively expensive and analysts say it will likely be years before it becomes affordable to the average consumer. Meanwhile QD-OLED has been subject to criticism from none other than Samsung Electronics itself, which says the prototype panels delivered by Samsung Display are too expensive and not bright enough. And other reports say Samsung Display is struggling to achieve high enough production yields too, even though other reports have said the first wave of QD-OLED TVs might go on sale later this year.

So with its newer display technologies having problems and LCD now much less profitable than before, it seems that Samsung is preparing to bite the bullet and turn instead to OLED, a display technology that it has been critical of for years. Whether or not that means the company will stop its attacks on LG, highlighting problems such as OLED burn-in and its lack of brightness remains to be seen.

If Samsung does go ahead and start selling OLED TVs based on LG’s panels it would signal a huge change in the TV market and help ensure OLED becomes more mainstream. With that, there could even be a further drop in OLED TV prices too.

The big winner will of course be LG Display, which is currently the only panel maker in the world that’s able to mass produce OLED displays. LG already supplies companies including Sony, Panasonic, Philips and Vizio in addition to LG Electronics, and has been working to expand production capacity at its new fab in Guangzhou, China. Still, any deal with Samsung would likely put in under pressure to ensure that ramp up in production proceeds without a hitch.

Seoul Economic Daily cited an industry source who is “familiar with the negotiations” as saying that a supply contract is close to being agreed. “We have not signed a supply contract yet, but we only need to go through a working-level consultation to determine the details,” the source said.

For its part, Samsung refused to confirm or deny the reports. When asked about the story, Samsung Visual Display President Jong-Hee Han told the Korean newspaper Chosun that it was “only rumours”, without making any further comment.