LG Display is hoping to build on the success of its original rollable OLED display with a new take on the idea. Rather than spring out of its base, the new display is said to roll down from a unit installed in the ceiling. 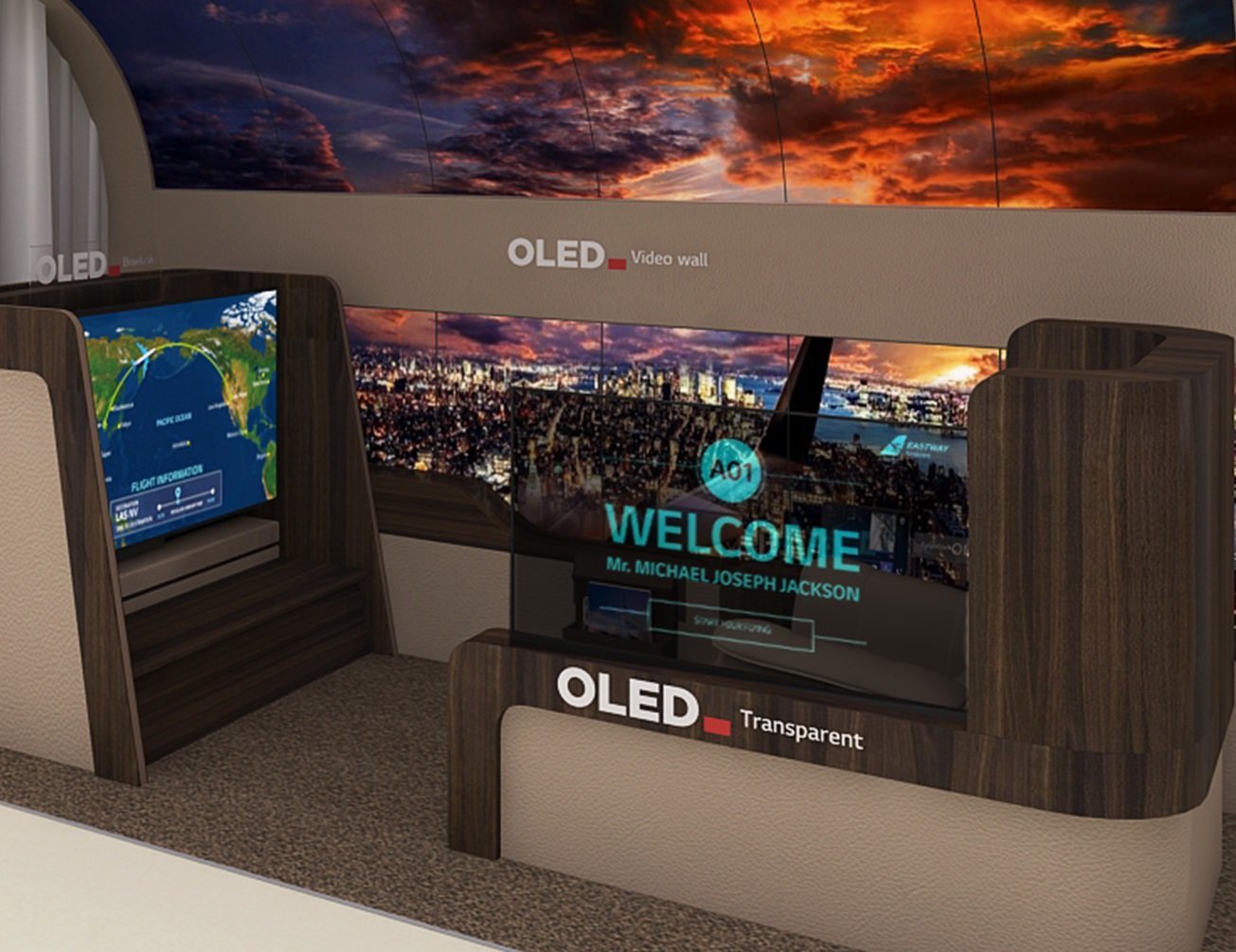 The company said the 65-inch downward scrolling display can be pulled down in a somewhat similar fashion to a projector screen, with the main benefit being that it will save users on floor space.

LG stole the show at last year’s Consumer Electronics Show with its original rollable OLED TV, which features a display that fully retracts into an aluminium base that doubles as a Dolby Atmos soundbar. The new model is more than a simple reapplication of that technology however, as the company said it was necessary to design an entirely new mechanism to hang the display from the ceiling.

LG hasn’t yet disclosed the technical specifications of the new panel, but the concept itself should gain some attention at a time when TV manufacturers are coming up with ever-more sophisticated designs.

LG’s rival Samsung for example, is likely to show off what are claimed to be the world’s first truly ‘bezel free’ TVs at CES, available in 65-inch and larger sizes.

LG’s focus is fully on OLED however, and the company is planning to unveil a whole host of new displays for a range of use cases, including home entertainment, in-flight entertainment and automotive. For example the company has no less than three new OLED displays for aeroplanes, including a 55-inch full HD Transparent OLED screen that can double as an aisle partition, a series of 55-inch OLED video walls for airplane cabins, and a 65-inch foldable OLED screen that can be shaped and moulded according to the dimensions of an airline’s first class seating spaces.

For the living room meanwhile, LG Display is teasing a massive 88-inch 8K Cinematic Sound OLED display that features an 11.2 channel sound system, and a 77-inch UHD Film Cinematic Sound plus wafer-thin Wallpaper OLED display. In both cases, the interesting thing to note is that the sound system is embedded directly into the display. Those displays are powered by a new Alpha 9 Gen 3 video processor that uses deep learning technology to deliver an “optimised picture and sound quality for all types of content through AI-based 8K upscaling”, LG said.

As for the automotive sector, LG Display said it’s going to present a range of OLED displays featuring interactive in-TOUCH technology. There will also be an 86-inch LCD screen that’s able to act like a kind of electronic whiteboard and read up to four pens simultaneously, the company said.

LG has already hinted at a few upcoming products we can expect to see at CES, including four new soundbars that feature Dolby Atmos and DTS:X.

The company hasn’t said anything about which of its new products might actually go on sale to consumers. It had previously promised to start selling its original rollable OLED TV in South Korea by the end of 2019, but failed to deliver on that.