The UHD Alliance is promising to share some “exciting news” about its recently announced ‘Filmmaker Mode” for TVs that will deliver crisp and clean images on screen just as the director intended. 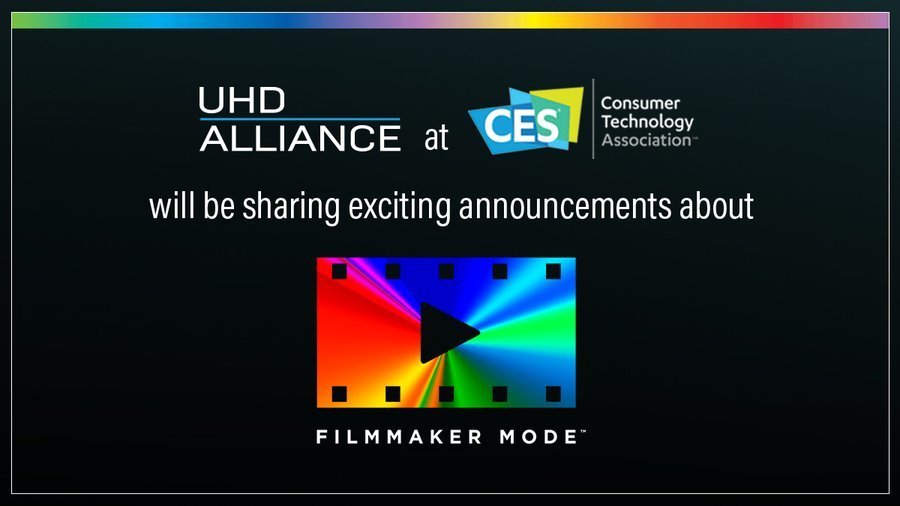 The industry body, which is backed by companies including LG Electronics, Netflix, Panasonic and Samsung Electronics and aims to establish performance requirements for resolution, high dynamic range, color and other video and audio attributes on 4K TVs, said on Twitter it will make an announcement regarding Filmmaker Mode at a press conference on January 6.

Most likely the upcoming announcement means we’ll get to see the Filmmaker Mode make its debut on some 2020 televisions, with brands including LG, Panasonic, Samsung and Vizio likely to be among the first to adopt it. There could well be other manufacturers getting involved too.

The UHD Alliance first revealed its plans for a Filmmaker Mode back in August, saying it’s a necessary setting as most modern TVs are unable to accurately recreate cinematic content. The problem is the difference in processing techniques, panel technologies and lighting arrays, which mean that no two TVs display exactly the same image. Even worse, the default settings on most TVs tend to change or distort the images presented on screen, which means owners never get to see the content as its original creator intended.

Filmmaker Mode would try to fix this by correcting those changes and distortions. One idea is to disable the high contrast ratio settings on the TV as these don’t reflect the creators’ original intent, the UHD Alliance said in August. The new mode may also ensure that content is displayed at the correct aspect ratio and frame rate. It could also eliminate settings such as motion smoothing, though none of this has been confirmed yet.

Whether or not viewers will give Filmmaker Mode the time of day remains to be seen. Over the last year, Netflix has been pushing its Netflix Calibrated Mode on some Panasonic and Sony TV models as the most accurate representation of what its films and shows should look like. But many viewers have reportedly been unimpressed with those settings, with some dismissing them as just another cinema preset.