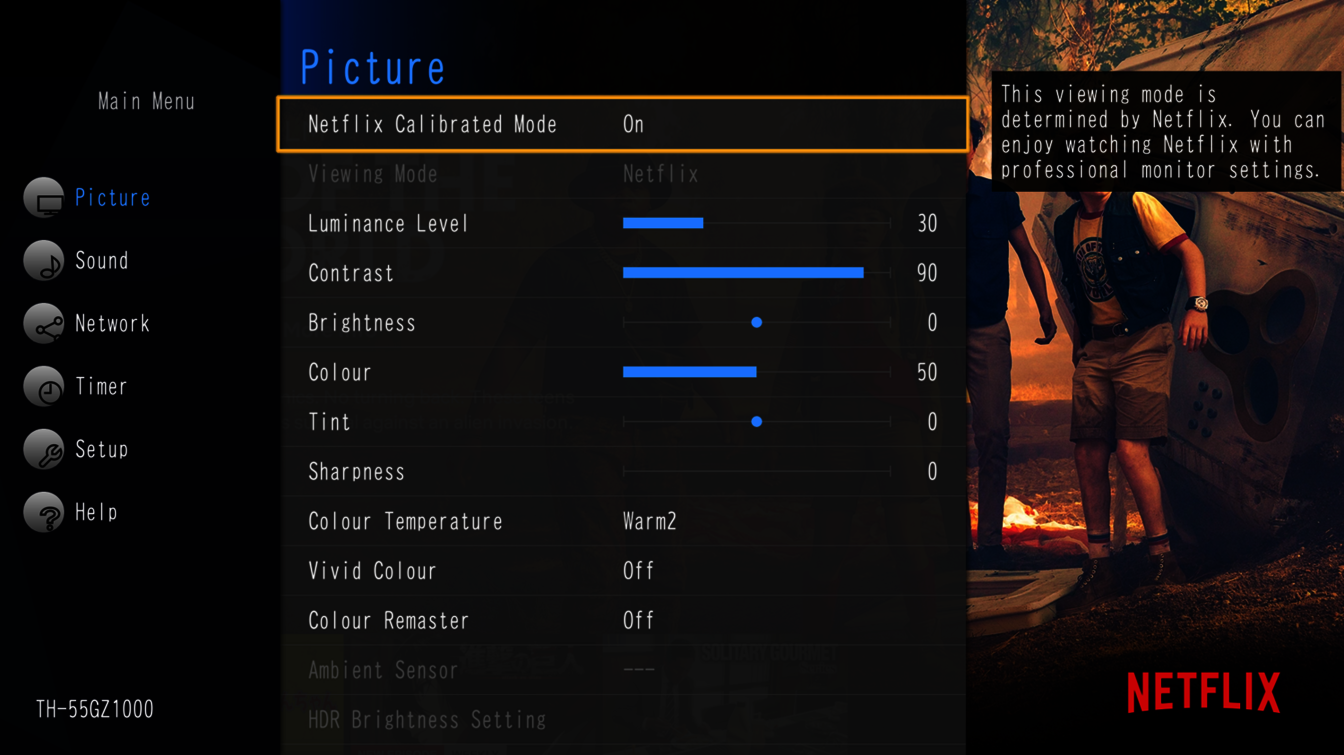 The company said today the feature will come as a standard picture setting on all four of its 2019 OLED TVs, which range from its flagship GZ2000 model to the more affordable GZ950.

Netflix Calibrated Mode adjusts the settings on the TV so that the picture is configured in “the same way creators calibrate their monitors in post-production,” the company said in a statement. The idea is that all Netflix content will be reproduced onscreen with the optimum brightness, colour and contrast settings, exactly the same the way it was originally rendered by the director.

Netflix actually developed its Calibrated Mode alongside Panasonic’s rival Sony last year. It first debuted on Sony’s Bravia Master Series A9F OLED TV and Z9F LED LCD TV in July 2018. Up until now the mode has only been available on Sony’s TVs, but today’s announcement means it’s no longer exclusive to the Japanese firm.

Of course most OLED TVs already offer a great picture anyway, but early reviews of the Calibrated Mode on Sony’s TVs were generally quite positive – it is, after all, a fairly difficult task to try and calibrate a TV by yourself if you don’t have much experience doing so. The mode gives viewers another setting to play with at the very least, and will likely appeal purists who demand a realistic recreation of their favourite movies and shows.

For Panasonic, the adoption of Netflix Calibrated makes sense as the company has already partnered with several Hollywood colourists on its 2019 models. The company is also one of the biggest suppliers of professional colouring monitors used in studios around the world.

In fact, Panasonic said its general theme for its 2019 premium TVs revolves around delivering more Hollywood quality to people’s homes, which is why it added support for Dolby Vision and Dolby Atmos to most of this year’s lineup.

“With this collaboration with Netflix we are doing it again, bringing studio quality picture mastering to more viewers,” said Panasonic’s head of AV products Yasushi Murayama in a statement.

Netflix Calibrated Mode can be accessed via the Netflix app, which is pre-installed on all of Panasonic’s OLED TVs. Simply navigate to the Picture setting menu to switch it on.

"Quality means everything to us, and we're thrilled to bring Netflix Calibrated Mode to Panasonic's OLED TVs so our members have the choice to experience amazing storytelling on Netflix in the most authentic way," added Rob Caruso, Netflix’s vice president of device partner engagements.