Sony is planning to launch two new modular MicroLED displays at the Consumer Electronics Show next week that generate up to 1,800 nits brightness. 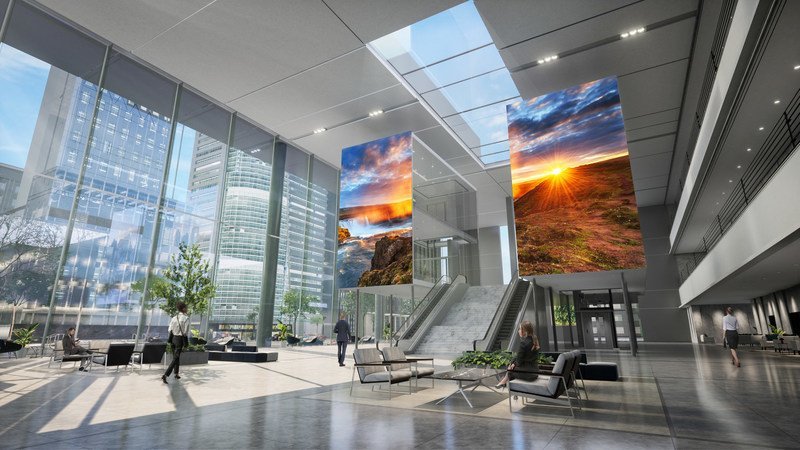 The new Crystal LED B-Series and C-Series MicroLED TVs are being touted by Sony as the “next breakthrough in premium direct-view display technology”, and are aimed at professional applications such as virtual production.

MicroLED is an advanced display technology that uses microscopic, self-illuminating LEDs to deliver increased brightness control and contrast, resulting in a picture that many say is superior to OLED. It has other advantages too, such as no risk of image retention and a modular panel structure that makes it easier to create much larger screen sizes.

Sony launched its first Crystal LED TV in 2019, showing off a massive 16 x 9 feet 4K resolution example, though it said customers could order a customized 790-inch 16K version if they desired, thanks to its modular nature.

Sony said the new B-Series Crystal LED TV was developed in collaboration with Sony Pictures Entertainment with production needs in mind and that it accentuates brightness with an anti-reflection coating with a matte finish. The C-Series meanwhile is slightly different, and has been developed to deliver the best possible contrast ratio.

Both of the displays are described as modular, bezel-free MicroLED solutions and they feature several of Sony’s consumer TV technologies, including its X1 video processor, MotionFlow for smoother images and 22-bit Super Bit Mapping to enable smoother gradients.

"Sony has been creating unforgettable images and engaging experiences that empower and stimulate creators’ curiosity for over 60 years," said Theresa Alesso, Pro Division President, Sony Electronics. "As we continually strive to get closer to our customers and solve their challenges, we’ve implemented the features and benefits that they value most in a direct view microLED display.”

"The displays are designed to be flexible, long-lasting and easy-to-install. Each display is comprised of modular, seamless and bezel-free tiles that can scale to accommodate a range of sizes, layouts and resolutions,” Sony added. “Due to the display’s light weight and streamlined design, it can be installed in various configurations including wall-mounted or in a curved arrangement.”

Sony said the Crystal LED B-series and C-series displays will go on sale in the summer. Pricing wasn't announced.