Chinese television brand Skyworth is taking centre stage at the 127th Canton Fair this week, livestreaming updates on its latest innovations which include the company’s first vertical 8K TV, as well as an ultra-slim OLED wallpaper TV. 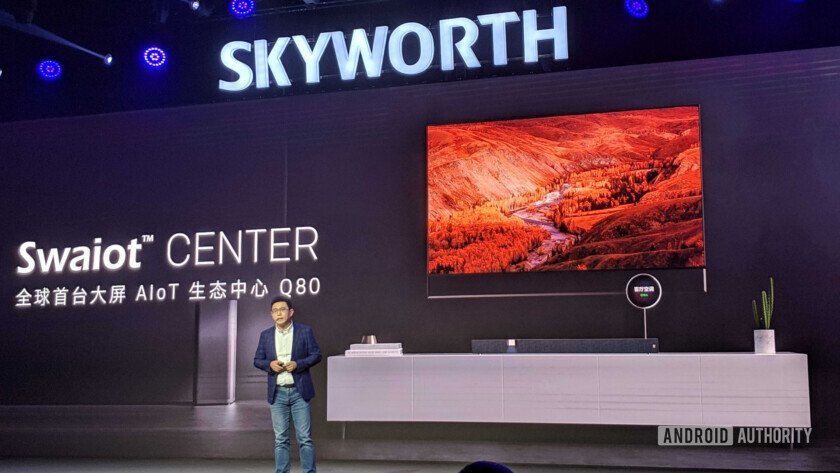 The livestream, which began today and can be viewed and replayed via this link, also takes in an extensive tour of the company’s headquarters in Shenzhen, China, where the company carries out much of its research and development. The live tour, which includes aerial footage shot by drones, takes in Skyworth’s R&D labs, design studios, and also its product showroom where it will show off its latest advances in TV technology.

Among the products set to be revealed later this week include what the company says is a “groundbreaking” 8K vertical TV, which we believe will be a world first. Skyworth hasn’t said anything else about the TV just yet, but it sounds somewhat similar to Samsung’s unique lifestyle TV “The Sero”, which is able to rotate vertically on its axis in order to display smartphone content at full resolution, as well as acting like a normal, horizontal TV for other types of content.

We’re also looking forward to Skyworth’s first wallpaper OLED TV, which is likely to compete with LG’s own Wallpaper OLED TV. The company says it measures just 4.6mm across at its slimmest point, but further details are unavailable at this time.

Skyworth’s Canton Fair livestreaming event will take place over the next 9 days, and will also include a message from its Chief Executive Officer Tony Wang, who will then take live questions from consumers around the world. The coverage also includes a close up look at some of the cutting-edge technologies it uses to design and manufacture its TVs. This takes the form of an in-depth session with Skyworth’s design team leaders, who will share a behind-the-scenes lo0k at the development of some of the company’s most famous products.

“The 2020 Canton Fair is an opportunity for viewers to delve further into the world of Skyworth and learn more about its latest products,” the company said. “With a growing audience of overseas buyers, attendees have witnessed Skyworth’s successful entry into the global marketplace, transitioning from a brand being associated as being "Made in China" to "Engineered in China".

Indeed, the event comes at an important time for Skyworth, which has been pushing to expand outside of its domestic market since its first appearance at the Canton Fair in 2009. Since that time, Skyworth’s annual overseas sales revenue has grown from just 1 billion RMB (£111.6 million) to more than 10 billion RMB (£1.16 billion) last year, with the company becoming a strong contender in the wider Asian-Pacific market.