Samsung has announced global availability of its Micro LED-based “The Wall” TV display system in a range of configurations. The most basic version of The Wall is a 73-inch version that provides Full HD resolution, while the most advanced model weighs in at a massive 292-inches and boasts 8K resolution. 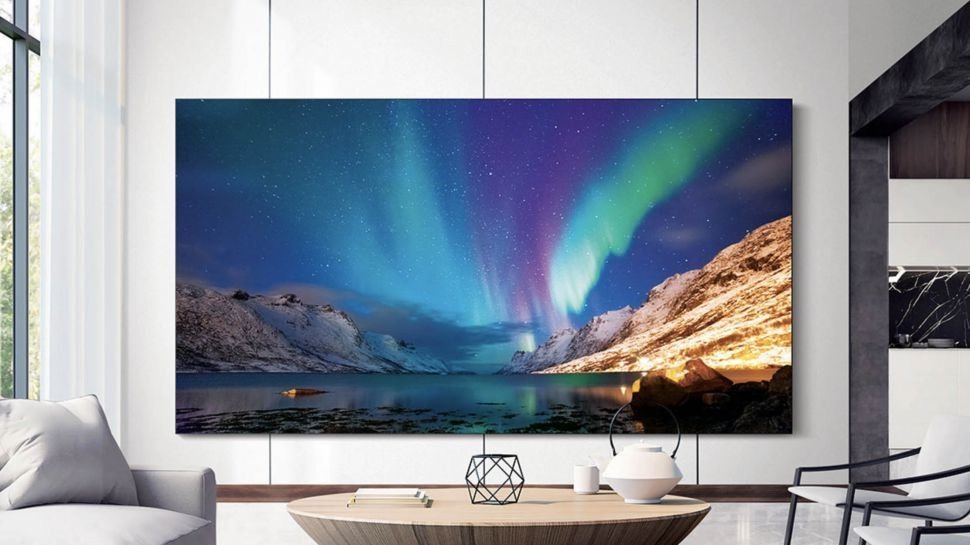 MicroLED is a relatively new, emissive display technology that’s comprised of millions of microscopic LEDs that can emit their own light, similar to OLED. This emissive nature means that Micro LED doesn’t require a backlight like traditional LCDs do, making it far more power efficient. Not only that, but Micro LED is also said to deliver black levels, brightness and contrast that’s on a par with OLED. It’s also more durable, with a lifetime of up to 100,000 hours of use.

Another awesome characteristic of Micro LED is its ‘modular’ nature, which makes it possible to build displays of almost any shape or size. That’s because Micro LED displays are basically made up of smaller building blocks of LEDs that are pieced together to make a much larger screen.

Each block in Samsung’s The Wall measures 806.4 x 453.6 mm, or around 36-inches when measured diagonally, with a basic resolution of 960 x 540 pixels. But there’s no limit to how many blocks can be used to build a display, which means it’s possible to scale them to absolutely mind-boggling sizes, at any resolution.

Indeed, while Samsung is offering a version that goes all the way up to 292 inches, Sony is touting an incredible 790-inch, 16K version of its own Crystal LED display system that’s also based on Micro LED.

Not bad when one considers the biggest OLED screen currently available is a ‘mere’ 88-inches. 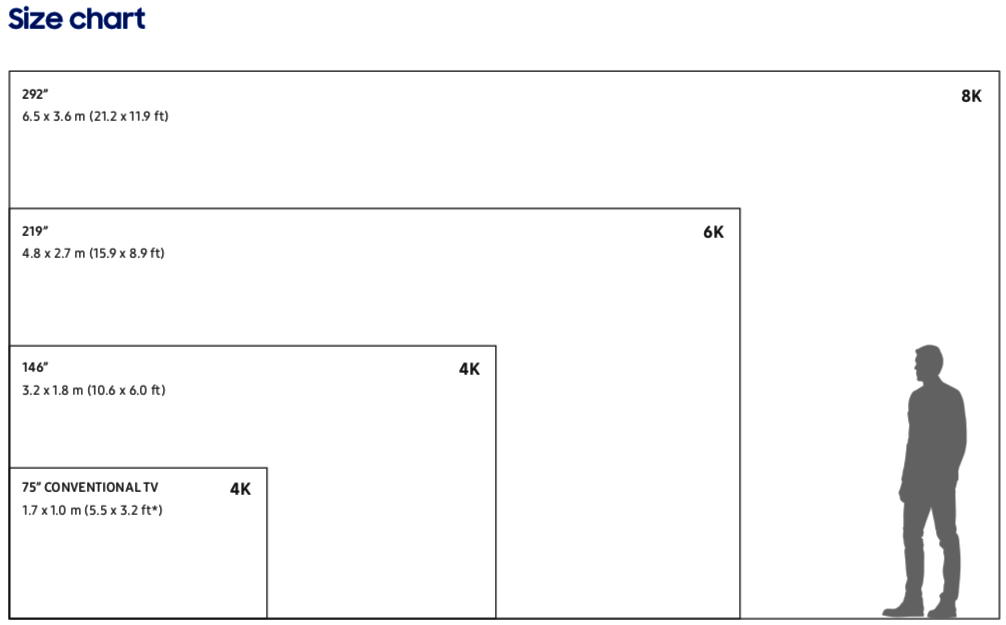 Samsung hasn’t disclosed any prices for its Micro LED TVs, but it’s fair to assume they will cost a pretty penny considering they’re primarily being aimed at businesses and luxury homes.

"A modular form factor allows The Wall’s size, shape and ratio to be customized to your spatial and aesthetic needs,” Samsung said in its pitch. “Whether it’s a spacious lobby or a private home theater, The Wall gives creative freedom to make optimal use of any space."

Samsung first showed off The Wall during the Consumer Electronics Show in Las Vegas in January.