Japan Display, Panasonic and Sony’s joint venture Japan OLED looks as if it’s ready to make more of a mark on the industry, showcasing a number of printed OLED panels at the Finetech Japan 2018 event in Chiba City last week. 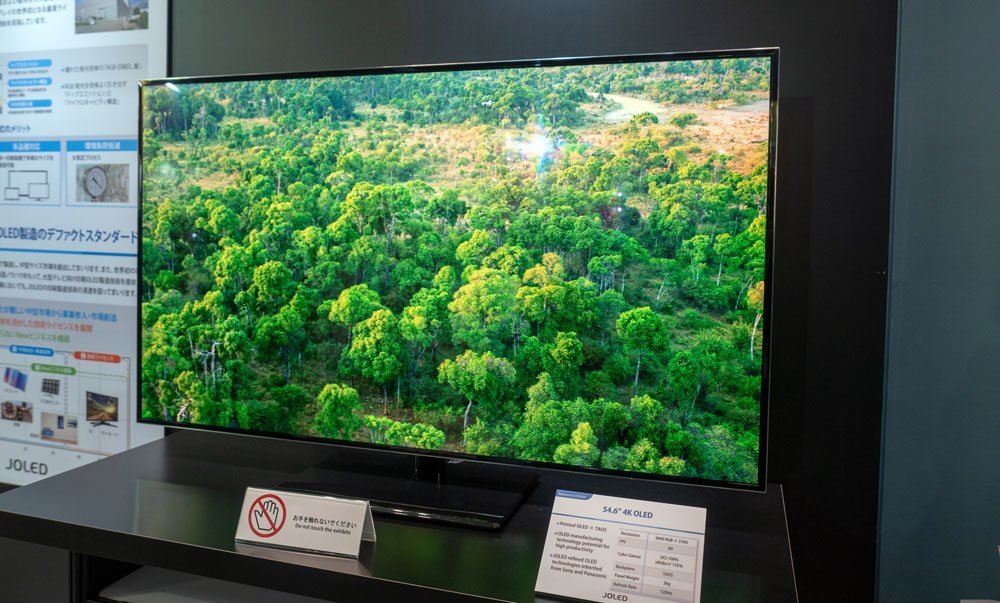 JOLED is one of several manufacturers that are trying to muscle into the OLED display market, which is currently dominated by South Korean tech giants LG and Samsung. LG rules the roost when it comes to large-size OLED panels used in TVs, while Samsung is the leader in smaller-size OLED screens used in smartphones and tablets.

As such, JOLED plans to focus on medium size OLED panels used in mid-range TVs, computer monitors and other devices, OLED-info reported.

On display was JOLED’s first printed 55-inch OLED TV panel, which was produced using technologies it said were inherited from Panasonic and Sony. The panel, which offers a 4K resolution, 120Hz refresh rate and can reproduce full DCI-P3 colour, was made using an inkjet printing method, it added.

JOLED said it doesn’t have any plans to put the new panel into production at this stage. Instead, the idea is to demonstrate the potential “high productivity” of the new inkjet printing method, it said. That could be crucial, as it’s a well known fact that both LG and Samsung have struggled to achieve high production yields using their own OLED manufacturing processes.

The joint venture also showcased a range of other OLED displays made using the injket printing technique it claims to have mastered. These models will go into production, and include three 21.6 inch panels designed for computer monitors – namely a 4K display that’ll be used with the upcoming Asus PQ22UC laptop, a 4K display for medical monitors, and a Full HD gaming monitor.

The company also showed off one rigid and one flexible OLED display for use in cars, a wall-mounted display for connected homes, and another flexible 21.6 inch panel that wraps itself around a pillar, which we assume could be used for digital signage or other applications.