Sony has finally lifted the lid on its upcoming PlayStation 5 console. As seen at Sony’s PS5 games event last Thursday, the company is launching not one, but two different machines, in addition to a bunch of PS5 accessories that should make gameplay all the more immersive.

The big unveiling took place at the climax of Thursday’s PS5 games event, which was a showcase of some of the top titles that will be available at launch, including Gran Turismo 7, Spider-Man: Miles Morales, Ratchet & Clank: Rift Apart, Oddworld: Soulstorm and NBA 2K21.

The real surprise however is that Sony is actually going to offer two versions of the console, including one with a 4K Blu-ray player, and one without that will be called the PS5 Digital Edition. This will presumably be cheaper than the main console, though Sony has yet to reveal any details about pricing.

“At launch, we will offer two options: a PlayStation 5 console with an Ultra HD Blu-ray disc drive and a PlayStation 5 Digital Edition without a disc drive,” the company said. “The PS5 gameplay experience will be the same, so the choice is all yours. While there are some slight differences in the look of each model, for the overall design, we wanted to deliver a console that’s bold, stunning, and unlike any previous generation of PlayStation.”

The announcement is surprising because most observers had thought the UHD Blu-ray player would serve as a kind of trojan horse for the new disc format, just as the PlayStation 3 helped popularise the traditional Blu-ray media player. But that’s less likely to happen now as many games may just settle for the disc-less version of the console.

There are also rumours that Microsoft is intending to launch a disc-less version of its latest Xbox Series X console, which like the PS5, is set to go on sale before the Christmas holidays.

The console itself sports an attractive black and white design and slender form factor that matches the company’s new DualSense controller that was shown off earlier this year. The images show the PS5 can be placed either horizontally or vertically, on its side. It also features some rather cool-looking blue lights, as well as plenty of vents to help keep the machine cool. That’s important because gamers often complained that the PS4 Pro console gives off too much heat, and they’ll be hoping for an improvement with the new machine.

The Digital Edition of the console appears slightly slimmer due to the absence of the disc drive, but apart from that it’s almost identical to the main console.

As for the new accessories, these include a new DualSense charging station that can charge two controllers at once, a 1080p HD camera, a Pulse 3D wireless headset, and a dedicated media remote with voice controls. Each of these has the same black and white finish of the main console. 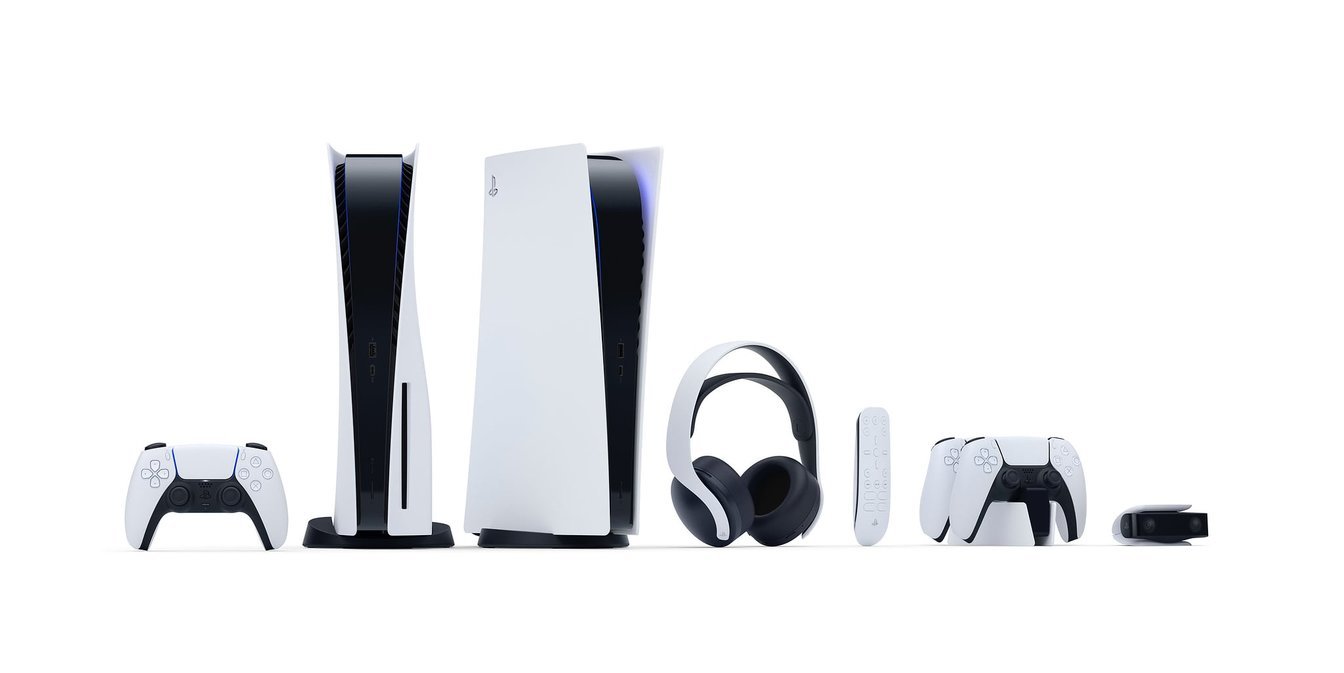 The only thing we’re waiting for now is an official launch date and a price tag, something that Sony is expected to announce in the coming months.