Samsung Display has been making rapid progress in the development of its new QNED display technology, according to a report by the market research firm UBI Research. 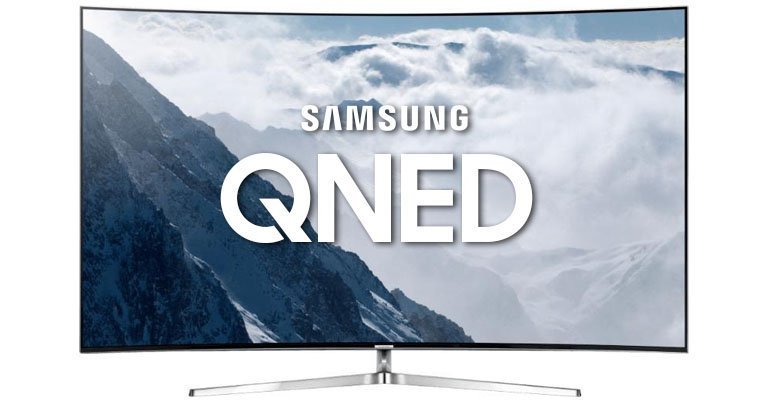 QNED is a nascent display technology that’s currently under development by Samsung Display. It stands for Quantum Nanorod Emitting Diode, and is also sometimes referred to as Quantum Dot Nanorod LED technology.

QNED is said to be a self-emissive display technology similar to OLED, and Samsung reportedly has high hopes that it will one day be able to replace its existing QLED displays, and perhaps even its QD-OLED displays that are also currently under development.

QNED is actually quite similar QD-OLED, in that it uses oxide TFT and quantum dot colour filters. The biggest difference lies in the material the pixels are made of, and the way the pixels are manufactured. Samsung Display creates its QNED pixels using an inkjet printing method, spraying nanorod LEDs that have been dispersed in a solution onto the pixel area of the display substrate. The pixels are then self-aligned using an electric signal.

Samsung Display reportedly has high hopes for its QNED technology, and has previously said that it promises to deliver superior contrast ratios, higher brightness and faster response times compared to the most advanced display technologies today, including OLED and Samsung's own incredibly expensive Micro-LED displays.

A word of warning though. Samsung’s QNED technology is not to be confused with LG Electronics’ recently announced QNED TVs, which are really just quantum dot LED TVs similar to Samsung’s own QLED models. They’re based on an existing, and therefore older technology, Mini-LED, which is made using miniaturised but otherwise regular LEDs.

A report in South Korean website The Elec, which is known for getting occasional scoops like this, revealed that UBI Research believes Samsung Display has finally completed development of the structure of its QNED displays.

UBI Research bases its claim on analysis of more than 160 patents filed by Samsung Display that it says are related to QNED. After studying those patents, the research firm has concluded that Samsung has already completed its work on the exact composition of its QNED displays.

Of the 160 patents, it said 49 were related to aligning the LEDs while 20 were on the topic of light emission efficiency.

UBI Research said the number of Nanorod LEDs in each pixel, which determines the yield rate and resolution characteristics of the display panels, is in turn determined by the number of LEDs within the ink, how many are shot into a single pixel, and how the LEDs that are in each shot align with the others.

It’s a critical task because if the QNED pixels have a different number of nanorod LEDs inside them, the voltage applied to each one will differ, causing them to become damaged.

Now, UBI Research says, the remaining task for Samsung Display is to find a method to maintain the number of aligned nanorod LEDs within each pixel. It has apparently already developed a technique for doing this, but it’s thought that there are still kinks that need to be ironed out.

Once that task has been completed the next step for Samsung Display will be to make the completed QNED panels viable for mass production. Once that happens, the first prototype QNED displays should appear shortly thereafter, though that’s likely to be a couple of years away at least.