Researchers at the Department of Physics at Lehigh University in the USA say they have developed a new technique for fine-tuning the colour emitted by LEDs in liquid crystal displays. The technique, which could enable the creation of a single-colour, tunable LED, is said to involve a combination of “doping” and changing the way electrical current is applied to the LEDs. 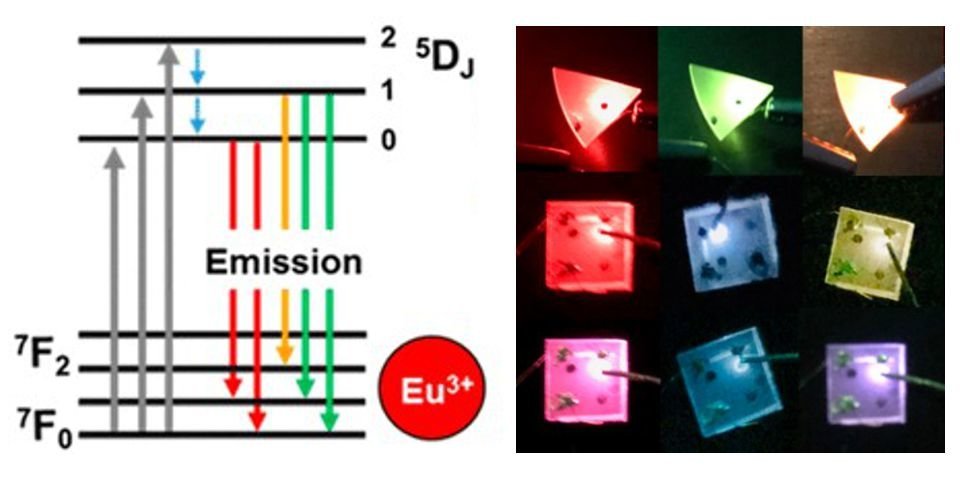 In their article “Color-Tunablility in GaN LEDs Based on Atomic Emission Manipulation under Current Injection”, the researchers led by professor Volkmar Dierolf explain that typical LCD displays are made up of a combination of red, green and blue LED subpixels that are arranged in close proximity to each other. The light from these pixels is then mixed together to cover the entire colour spectrum, they explain.

This technique works well enough, but the researchers say that LCD displays built with single colour tunable pixels could offer big advantages, the main one being a much higher pixel density, Display Daily, which first spotted the research, reported.

The researchers found that it’s possible to achieve red, green and blue light from a single LED structure when the material was “doped” with a rare earth metal called europium.

“Using intentional co-doping and energy-transfer engineering, the researchers demonstrated that all three primary colors can emit due to emission originating from two different excited states of the same Eu3+ ion (~620 nm and ~545 nm) mixed with near band edge emission from GaN centered at ~430 nm,” the report, which is obviously intended for a very specific audience, noted.

The researchers also found they were able to control the intensity ratios of the light emitted by the LEDs.

The researchers concluded that their “new approach could open up a whole new field of tunable emission of colours from a single dopant in semiconductors, which can be reached by simple injection current tuning.”