LG Display could be working on a prototype for a folding TV display, having been granted a patent for the idea earlier this year. 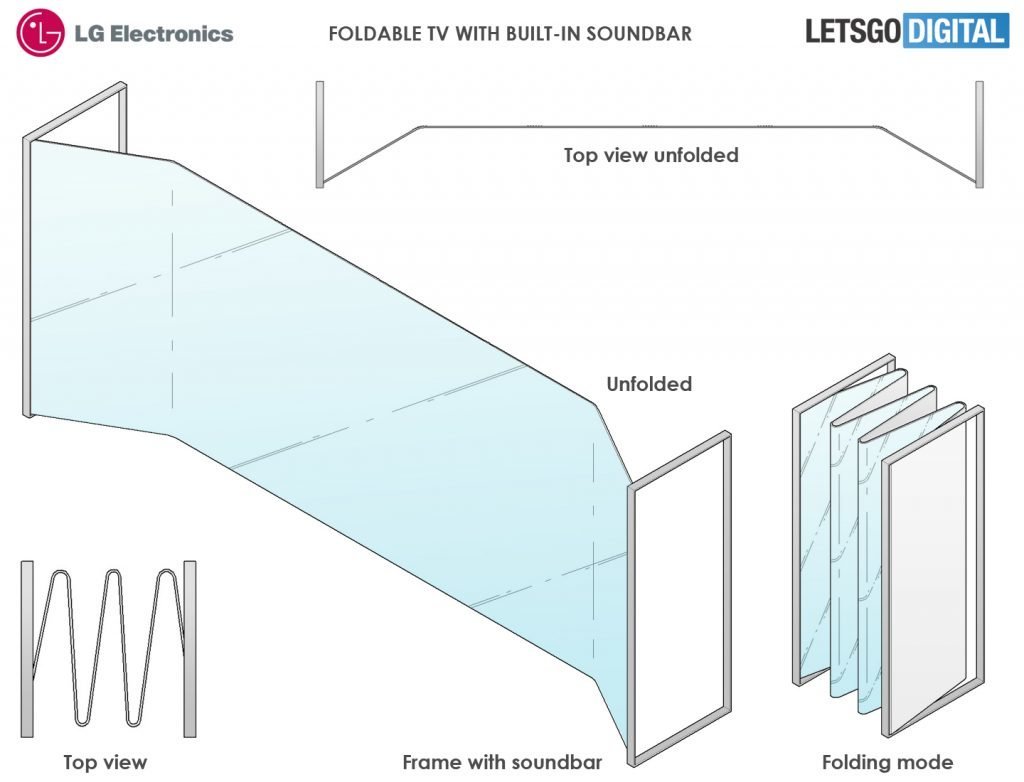 Dutch technology website Lets Go Digital reported that LG Display filed for the patent back in March, around the same time that its plans for a smaller, 48-inch OLED TV were first announced.

The folding display seems to be made up of six, equal-sized sections, which fold up into each other much like an accordion does.

The patent application was finally approved on September 13, Lets Go Digital reported. The description in the application notes that the frames supporting the folding screen will act as TV stands to keep the thing upright. It also says a soundbar would be built into the panel.

"This design is for a television receiver with flexible display which can be folded at regular intervals. The square frames on both sides serve as stands, as well as sound bars,” the application stated. 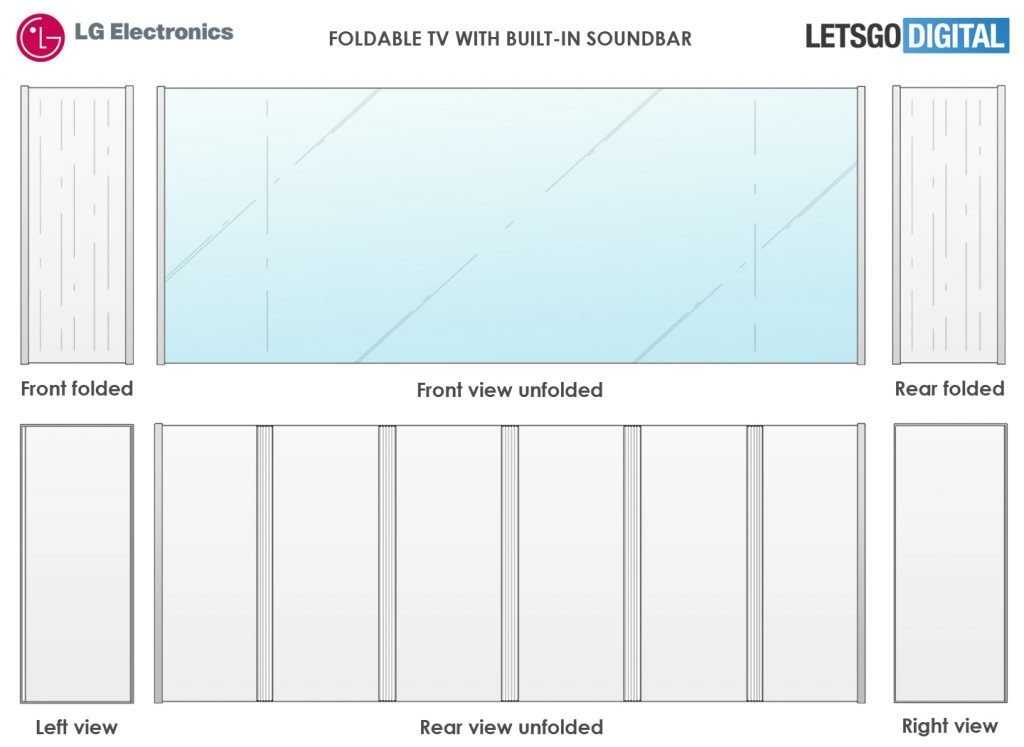 What isn’t clear from the application is why anyone would benefit from having a folding TV screen. Folding display technology has a bad reputation as it is, mostly due to the problems associated with rival company Samsung’s Galaxy Fold device. Numerous early models were reported to have broken as it became clear that the folding OLED display wasn’t nearly as strong or as durable as it needed to be.

LG Display would obviously want to avoid the same problems with any folding TV it might come up with. It’s not clear if it can, but it does have more experience with larger OLED panels than anyone else. More importantly, LG has plenty of experience with rollable OLED displays at least, having stolen the show with its LG Signature Series OLED R at the Consumer Electronics Show in January. But despite promising to launch its rollable TV sometime in 2019, it still hasn’t gone on sale anywhere, not even in South Korea.

The biggest advantage of a folding TV would seem to be its potential for space-saving when not in use, and of course the novelty factor. Whether that’s enough to tempt anyone to actually buy one remains to be seen.