JVC has launched a fresh lineup of OLED TVs with the 9200 series. The TVs are available in 55- and 65-inch sizes and feature Android TV and HDR, though they won’t be available in the U.K. just yet. 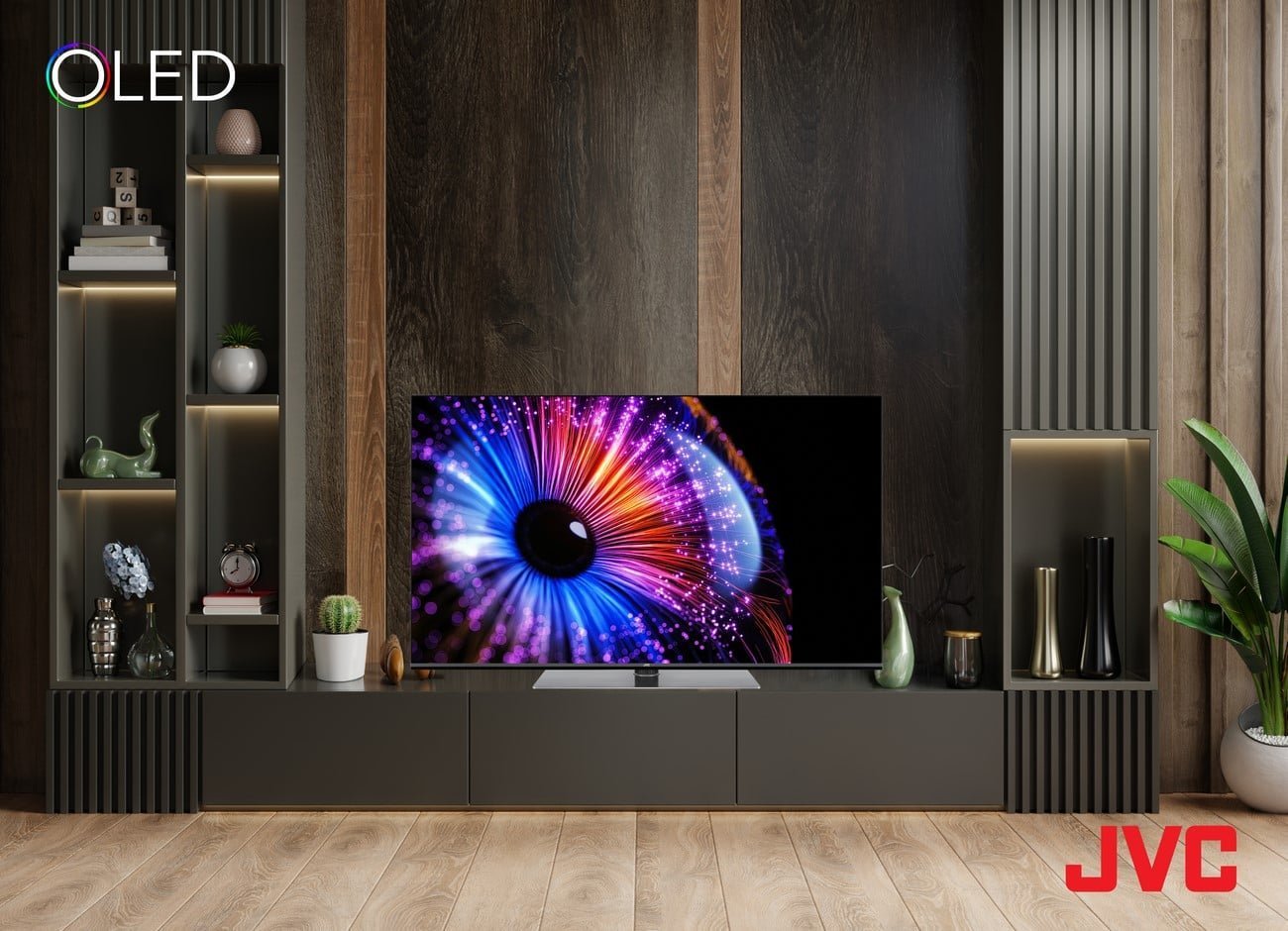 JVC announced its first OLED TVs last year with the introduction of its VO9100 series, and the 9200 series builds on that with what we assume is the latest OLED panel from LG Display.

The new TVs feature Dolby Vision HDR to ensure crisp, clear and colourful images on-screen, and have a refresh rate of up to 100/120Hz. Gamers will also appreciate the addition of Auto Low Latency Mode via HDMI 2.1, which ensures the 9200 series TVs will automatically switch to the lowest latency setting to better handle fast-paced video game graphics.

Another neat feature is JVC’s SuperResolution tech that promises to refine and upscale sub-4K content, with Motion Dimming helping to enhance the dynamic contrast ratio and Motion Estimation/Motion Compensation that helps to keep the pictures smooth and clear. Dolby Atmos is supported too, ensuring an atmospheric audio experience.

The JVC 9200 series will deliver “exceptional contrast, deep blacks, and eye-popping colour vibrance to the screen for a truly life-like picture performance,” the company promised.

The TVs are fairly stylish too, with a swivel-base stand that allows users to adjust the viewing angle and a frameless bezel design that eliminates all distractions and allows it to be placed almost flush against a wall.

As for the Android TV platform, this brings access to Google’s catalogue of more than 400,000 films and TV shows. It also has Chromecast built in, allowing users to stream content from another device, while apps include Netflix, Amazon Prime and Disney+. This is an upgrade from the VO9100 series TVs, which were powered by the company’s own Linux-based JVC Smart TV system.

All in all the JVCs are not bad little sets and should provide a good alternative to anyone looking for an OLED TV who doesn’t want to break the bank on a higher-end model from LG Electronics, Sony or Samsung.

The JVC 9200 series is now available in most of Europe, though unfortunately the U.K., the Nordic countries and France are excluded at this time.