Apple has revealed its video streaming service Apple TV+ will launch in more than 100 countries this November, including the U.K. At launch, customers will be able to watch Apple original shows including Dickinson, For All Mankind, See, Ghostwriter and The Elephant Queen. 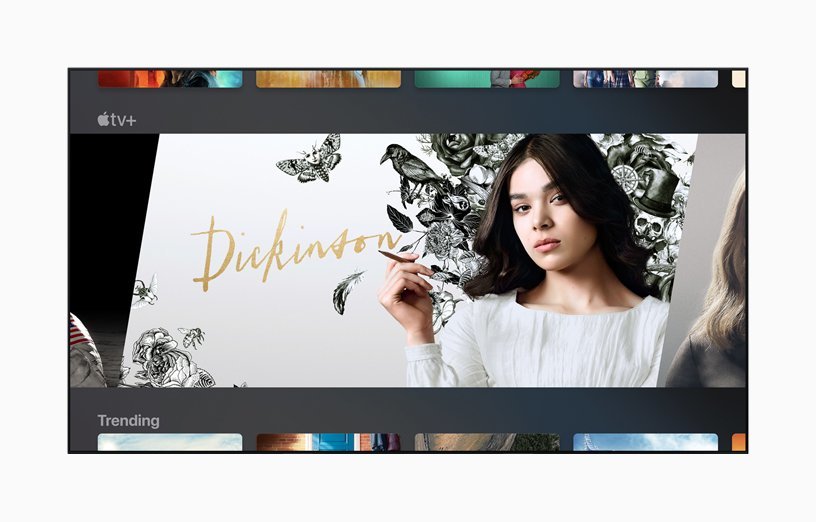 The first shows will broadcast via the Apple TV app, which is available to download on the iPhone, iPad and Apple TV devices, from November 1. Apple has promised that more content will be added each month.

A subscription for Apple TV+ will cost $5 (£4.05) per month in the U.S. Pricing for U.K. and other countries is still to be confirmed, but we imagine it should be similarly competitive elsewhere. A single subscription can be shared with up to six family members, Apple said.

In addition, anyone who buys a new iPhone, iPad, iPod Touch, Mac or Apple TV device from November onwards will get a free one-year subscription to Apple TV+. And those who already own one of those devices will be entitled to a seven-day free trial, Apple said.

“With Apple TV+, we are presenting all-original stories from the best, brightest and most creative minds, and we know viewers will find their new favorite show or movie on our service," said Zack Van Amburg, Apple’s head of Worldwide Video. "Each Apple TV+ original offers its own unique story, fresh perspective and powerful message — all meant to entertain, connect and inspire cultural conversations."

Besides Apple devices, the service will also be available through a number of select Smart TVs from brands including LG, Samsung and Sony, plus some Roku TV and FireTV devices. Apple TV+ will also be accessible through web browsers via the tv.apple.com website.

One useful feature of the Apple TV app is that it will support push notifications for new episodes of your favourite shows. Apple has said its model will differ slightly from that of Netflix, in that three episodes of each new show will be released on day one, with one new episode following each week. There will however be some exceptions, which is good news for those who prefer to binge watch.

Just like Netflix, users will have the option to download content to watch it later on, as well as streaming it directly. The service will be ad-free, with dubbing and subtitles available in almost 40 languages.

Finally, Apple said all of its original content can be streamed in 4K HDR picture quality, with support for Dolby Atmos audio also thrown in.